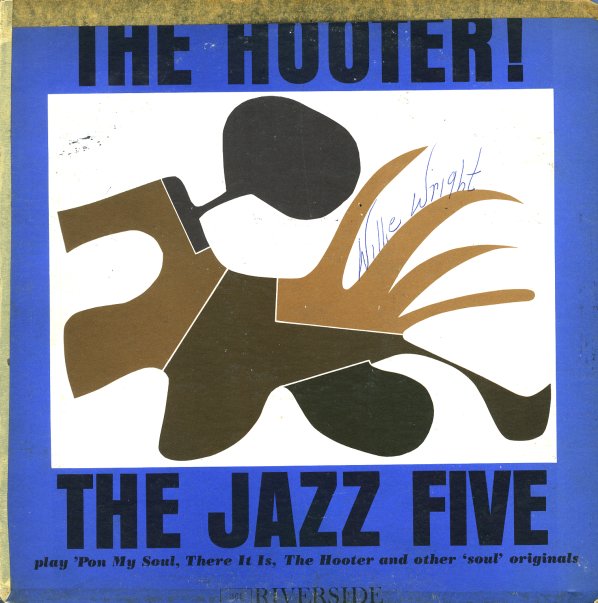 One of the few albums by this hip modern jazz combo from the UK – a quintet with a twin horn lineup that plays the tenor of Vic Ash against the baritone of Harry Klein – maybe west west coast inspirations, but a harder swing overall! The res tof the group features Brian Dee on piano, Malcolm Cecil on bass, and either Bill Eyden or Tony Mann on drums – on titles that include "There It Is", "The Five Of Us", and "Still Life".  © 1996-2022, Dusty Groove, Inc.
(Black label pressing, with silver text, microphone logo, and deep groove! Vinyl has a very short click in one spot, but is great overall. Cover has a small bit of pen and tape in one corner, but is nice too.)

Bossa Nova Pelos Passaros
Riverside, Early 60s. Very Good+
LP...$13.99
Guitarist Charlie Byrd was one of the first American players to record bossa nova tunes – but although his work with Stan Getz has always been well-documented, some of the titles under his own name can be quite hard to come by. This is one of the best ones that Charlie cut on his own – ... LP, Vinyl record album

Way Out! (aka Thelonious In Action)
Riverside/Fontana (UK), 1958. Near Mint-
LP...$19.99
60s UK issue of the classic cooker from Thelonious Monk – recorded during his legendary run at the Five Spot in the late 50s, and featuring some especially great work on tenor from a young Johnny Griffin! Griffin's filling a role here that would be cemented a bit more firmly in the 60s by ... LP, Vinyl record album

Good Bait
Riverside, Early 50s. Very Good+
LP...$9.99
Late 60s issue of some material that was recorded early in the producing career of Orrin Keepnews – and which features trumpeter Fats Navarro in the company of a hip group of boppers – a lineup that includes Allan Eager on tenor, Tadd Dameron on piano, Curley Russell on bass, and Kenny ... LP, Vinyl record album

Unique Thelonious Monk
Riverside, 1956. Very Good
LP...$59.99
The session's billed as "very personal treatments of great standards" – and it's a great twist on familiar material, all given the Thelonius touch! There's less of Monk's creative composition and angular group arrangements going on here – and instead, the album's almost a ... LP, Vinyl record album

Thelonious Monk Orchestra At Town Hall
Riverside, 1959. Very Good-
LP...$29.99 (CD...$5.99)
A unique large group effort from Thelonious Monk – but one that bristles with all the angular energy of his other great work for Riverside! The group here is a tentet – filled with excellent players who include Donald Byrd, Phil Woods, Pepper Adams, Eddie Bert, Robert Northern, and ... LP, Vinyl record album