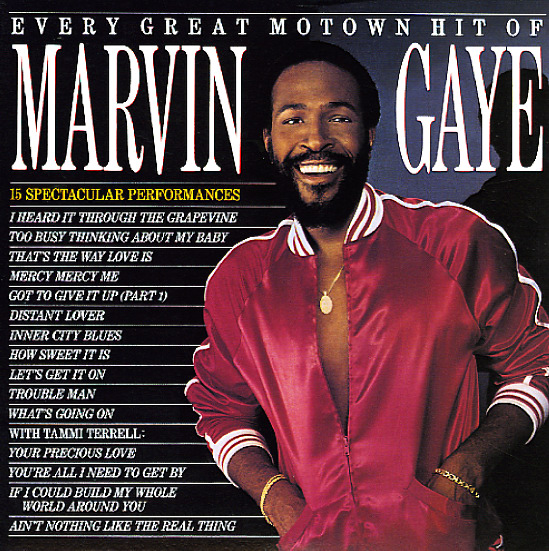 In our humble opinion, just about every track that Marvin recorded for Motown is "great" – but since this set's focused on the hits, we're happy to accept their track selection, and admit they do a pretty good job of covering most of the big bases – early solo gems, duet classics, and some of the sublime 70s numbers that really made Marvin's music sparkle! Titles include "What's Going On", "Inner City Blues", "Trouble Man", "Let's Get It On", "Distant Lover", "Got To Give It Up", "Heard It Through The Grapevine", "That's The Way Love is", and "If I Could Build My Whole World Around You".  © 1996-2021, Dusty Groove, Inc.
(Record club pressing. Cover has light surface wear.)