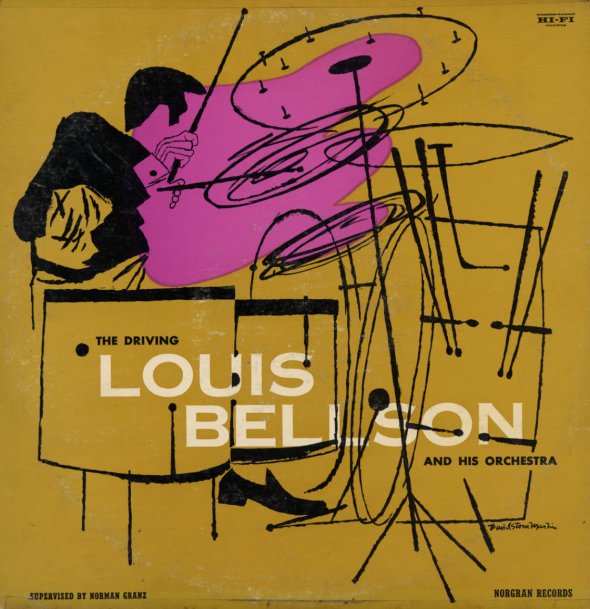 Driving Louis Bellson indeed – as Louie's drums set the tone for this session, and let Charlie Shavers and Seldon Powell echo out with some really great horn work! Tunes all have a nicely open-ended feeling that gets the players out of the context of their larger group histories and perfectly showcases the relaxed Verve style in the studio. Titles include "The Hawk Talks" and "Mambo a La Louis Bellson". The cast includes Sabu, Seldon Powell, and Nate Brown, and the cover's by David Stone Martin.  © 1996-2021, Dusty Groove, Inc.
(Yellow label Norgran pressing with a trumpeter logo and a deep groove. Label has a small stamp, and cover has some light wear, and a split top seam – and a bit more splitting on the bottom.)

Artistry Of Buddy DeFranco (South African pressing)
Norgran, Early 50s. Very Good
LP...$36.99
One of the best Buddy DeFranco albums from the 50s – an open-ended session that features a quartet with Sonny Clark on piano, and some longer tunes than usual! Buddy blows it wonderfully warm – taking the clarinet to places not imagined in the decade before – and working with ... LP, Vinyl record album