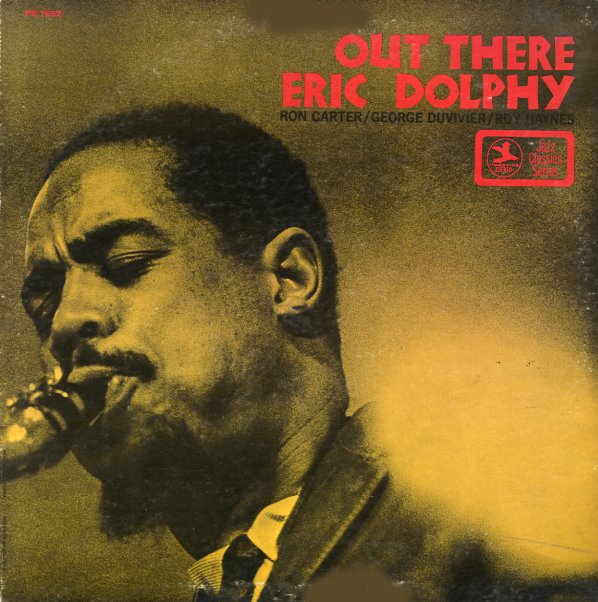 Out There (Jazz Classics pressing)

Eric Dolphy's second album as a leader – and already a bold step forward from the first! The format here changes from the more standard lineup of before – as Dolphy drops out other horn players, loses the piano, and brings the cello of Ron Carter into the frontline! Backing is by the bass of George Duvivier and the drums of Roy Haynes – and the mix of cello and bass creates the freely spirited sound that allows Dolphy to take off on even freer solo flights. The session has a very moody, very dark feel – especially on the tracks where Dolphy is playing B flat and bass clarinet – and titles include "The Baron", "Eclipse", "Sketch Of Melba", "Feathers", and "17 West".  © 1996-2022, Dusty Groove, Inc.
(Green label pressing. Cover has a split spine and bottom seam, light surface wear, and some aging.)