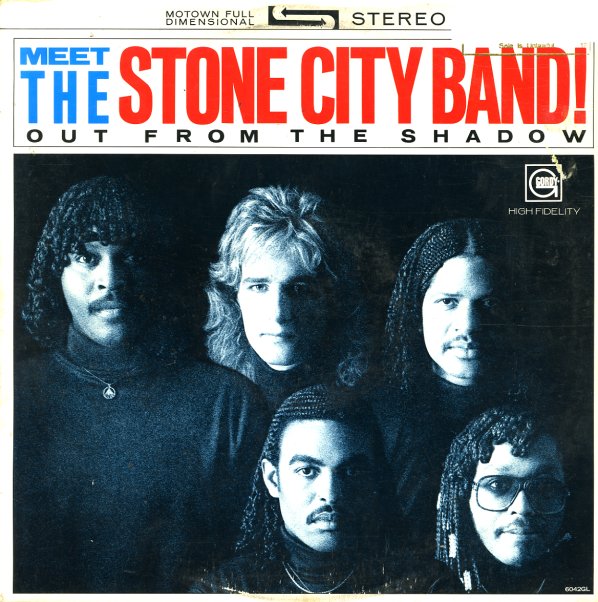 Meet The Stone City Band – Out From The Shadow

One of the crown jewels of the Rick James empire – back when he had an empire! Stone City Band were a slap-bass modern soul combo, with a definite 80s groove sound that had strong ties to James' own funky style. Their best moments on here, though, are actually the mellower ones – as the band lays down a good harmony soul sound, with some nice spacey keyboards. Titles include "Spend The Night", "Telephone", "Shake", "Dance So Fine",a nd "Lover & Only Man".  © 1996-2020, Dusty Groove, Inc.