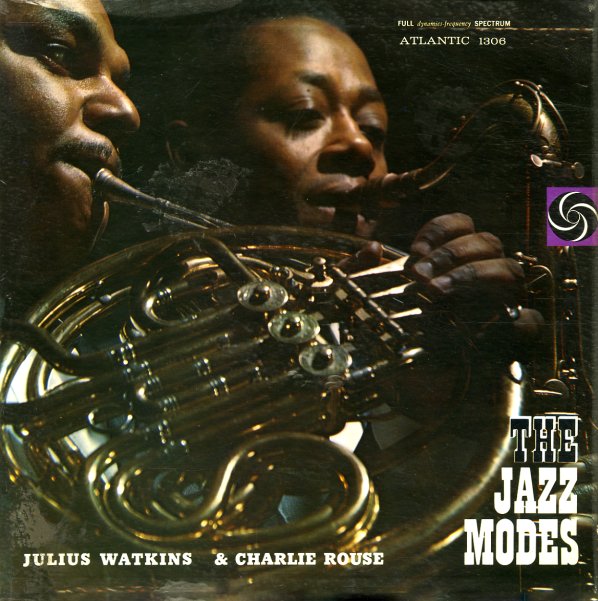 One of the rarest albums by this fantastic combo from the late 50s! The band features the very strange mix of French horn, tenor, and soulful piano – played by Julius Watkins, Charlie Rouse, and Gildo Mahones, respectively. The sound shouldn't work, but it does, and beautifully – thanks to some pretty soulful rhythm work, and a nice conception that never gets too cute, or too full of itself. Rouse is great, and has a measured quality that hints at his work with Monk, but which also has a bit more soul. Mahones is always great, and is one of the true unsung heroes of soul jazz piano – and as an added unique element, the album features eerie vocals from Eileen Gilbert on a few numbers! Sahib Shihab sits in on a few cuts – and titles include "Knittin", "Blue Flame", "Mood In Motion", and "The Oblong".  © 1996-2021, Dusty Groove, Inc.
(Green label stereo pressing with deep groove – nice and clean! Cover has a small cutout hole, but is great overall.)