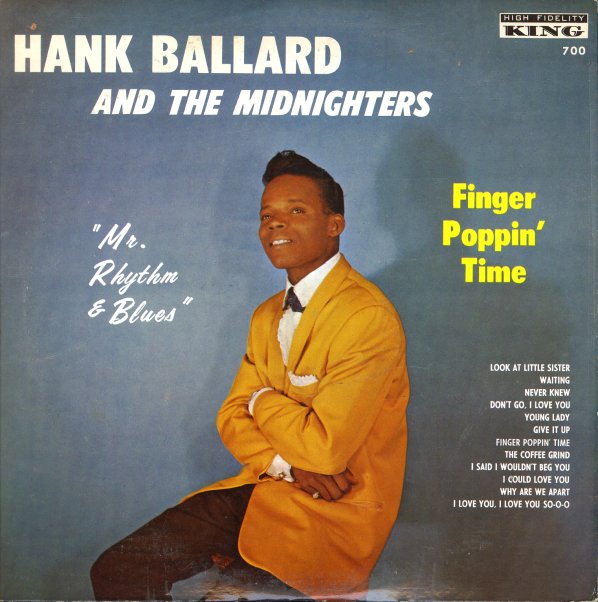 Killer early stuff from Hank – when he was just about the size of a bratty kid, and he had a voice on him that would stop a train! Loads of shoutin R&B tunes, including "The Coffee Grind", "I Love You So-o-o", "Don't Go, I Love You", "Look At Little Sister", and the hit "Finger Poppin Time".  © 1996-2021, Dusty Groove, Inc.
(70s yellow label Power Pak pressing. Cover has a few small bubbles in the front paste-on, some wear, aging and two small seam splits.)

Free At Last
King, 1950s/Early 60s. Near Mint-
LP...$14.99
A pretty great collection of Little Willie John's classic work for King – issued in the 60s, after Willie got out of prison, with a title and an image of a jail cell that will never let him forget his debt to society! Fortunately, the music washes away all memories of that trouble, and the ... LP, Vinyl record album

Sho Is Funky Down Here
King, 1971. Very Good
LP...$38.99 (LP...$21.99, CD...$6.99)
A legendary bit of fuzzy funk from James Brown – an important collaboration with the mighty Dave Matthews, who brings a more tripped-out feel to the record than some of James' other King sessions of the time! Matthews adds in lots of psych-influenced guitar – used very different than ... LP, Vinyl record album

Rappin' Dancin' & Laughin'
Weird World, 1980. Near Mint-
LP...$7.99
Blowfly changes up his groove nicely for the 80s – taking on a tightly-stepping approach to funk that's clearly inspired by some of the changes on the west coast scene – using Zapp-ish rhythms in a mode that ends up working pretty darn well for his off-color spoken lyrics! There's ... LP, Vinyl record album