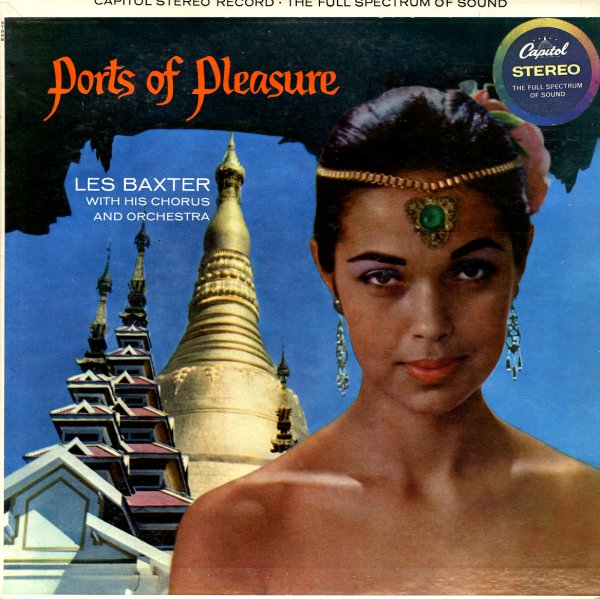 A dreamy exploration of south sea ideals from the great Les Baxter – a set that's got a more lightly drifting quality than some of his more percussive exotica albums, and which is awash in dreamy soundscapes penned by Les himself! The orchestrations are large and bold throughout – mixing strings and woodwinds almost in a soundtrack-y mode – but always with the light sense of interplay that makes Baxter's work so great. Titles include "Monkey Dance Of Bali", "Pearls Of Ceylon", "Tahiti: A Summer Night At Sea", "Hong Kong Cable Car", "Tramp Steamer To Singapore", "Spice Islands Sea Birds", "Harem Silks From Bombay", "Bangkok Cockfight", and "Sidewalk Cafes Of Saigon".  © 1996-2023, Dusty Groove, Inc.
(Mono turquoise label pressing. Cover has light wear and aging, half split seams and a small sticker.)