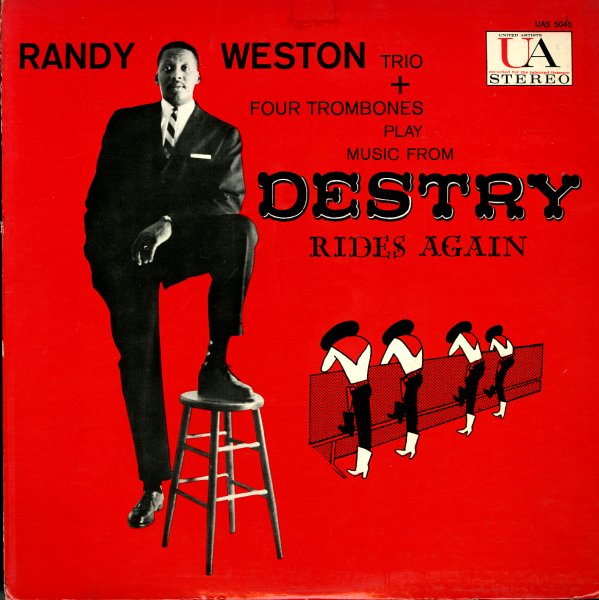 One of the strangest Randy Weston albums you'll ever see – but a great one too! Here, the great modernist pianist/composer plays selections from the hit musical Destry Rides Again – an unusual choice, but one that he makes all his own thanks to some really inventive touches. Randy's working here with his trio (Elvin Jones on drums and Peck Morrison on bass), plus a 4 trombone lineup that includes Melba Liston, Frank Rehak, Slide Hampton, and Bennie Green (all hip players in their own right!) Liston handles the arrangements, as with many other Weston sessions – and the tracks have a strangely off-kilter sound that actually makes the hokey material sound pretty darn great! Weston's playing is especially nice, and the strange tones that issue from the keyboard are certainly not the stuff that Harold Rome imagined when composing this score – although his notes on the back seem to indicate his favorable acceptance of the material. Titles include "We're Ladies", "I Say Hello", "Once Knew A Fella", and "That Ring On The Finger".  © 1996-2021, Dusty Groove, Inc.
(Mono red label pressing with deep groove. Cover has half split seams and spine, some wear and aging, and is lightly stained at the right side.)