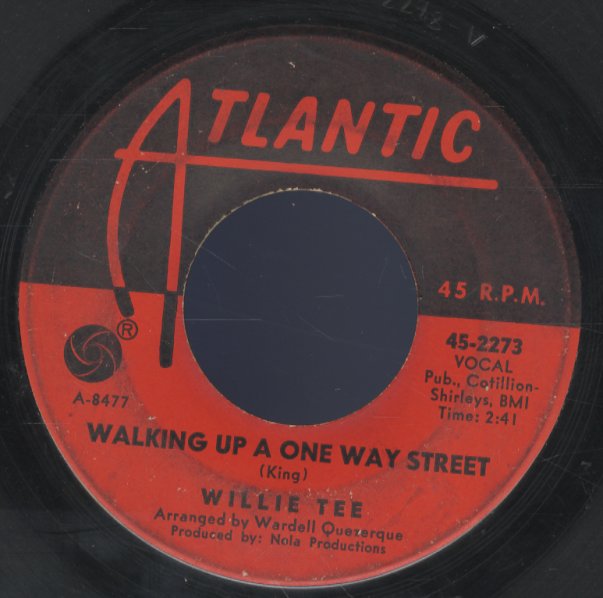 Teasin You/Walking Up A One Way Street

2 very nice bits of New Orleans soul! Willie Tee's on vocals on both sides, and Wardell Quezerque handled the arrangements. Both tracks have sort of a loping midtempo groove, and a very nice sound! "Walking Up A One Way Street" is fantastic – sweetly swinging, maybe even in a Chicago 60s mode – with horns warming things up on the chorus, then dropping out to let Willie's vocals crisply crackle the beautiful lyrics!  © 1996-2021, Dusty Groove, Inc.
(Plays with surface noise and crackles.)