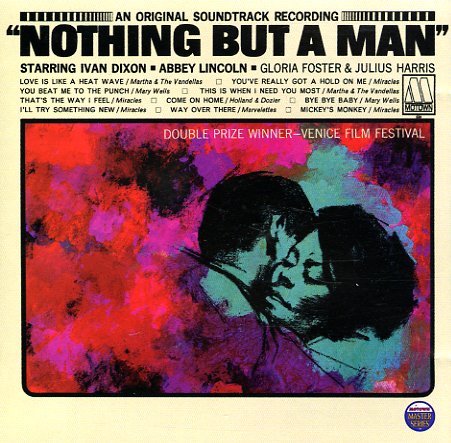 Nothing But A Man – Original Soundtrack

An unusual soundtrack to a great little film – a powerful narrative from the 60s, but one that's served up here with a set of Detroit soul! The music on the album isn't new for the film – but it is a tasty batch of Motown tracks, put together by the producers of the record because the music "had its original public acceptance as the popular recorded music of the period and climate surrounding the scene of the action [of the film]." Titles include "Mickey's Monkey", "You've Really Got A Hold On Me", "I'll Try Something New", and "That's The Way I Feel" by The Miracles; "Fingertips Part 2" by Stevie Wonder; "Way Over There" by The Marvelettes; "Bye Bye Baby" by Mary Wells, "Come On Home" by Holland & Dozier; and "Love Is Like A Heat Wave" by Martha & The Vandellas.  © 1996-2021, Dusty Groove, Inc.
(Original pressing – a great copy!)