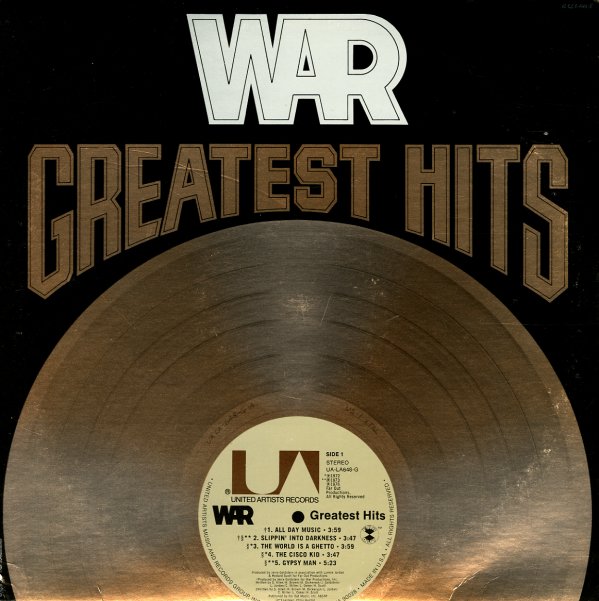 A monster set of Chicano funky grooves from LA – most of which forever transformed the sound of funk! The album includes most of the band's best cuts – like "Slippin Into Darkness", "Cisco Kid", "World Is A Ghetto", "All Day Music", "Me & Baby Brother", "Why Can't We Be Friends", and "Low Rider". Some tracks are in shorter 45 edits, but that only means you'll get more music in the long run!  © 1996-2021, Dusty Groove, Inc.
(Includes the heavy inner sleeve. Cover has some ringwear and edge wear.)