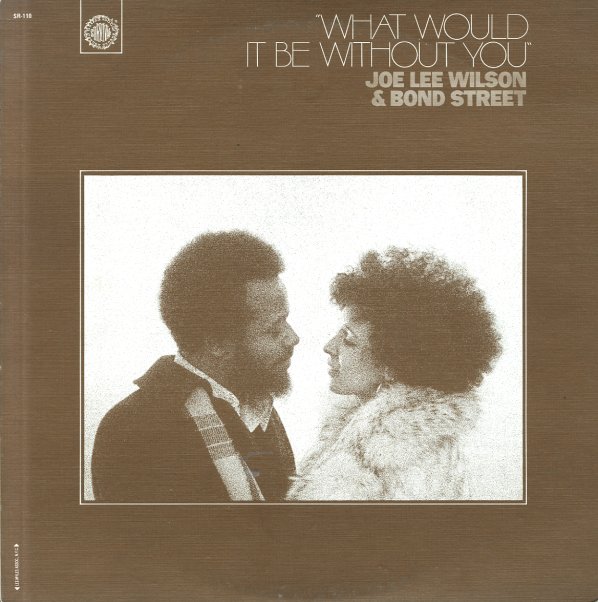 What Would It Be Without You

A really nice album by vocalist Joe Lee Wilson – a soulful, spiritual singer who didn't always make great albums! Wilson's got a mellow style of singing that's very much in the Leon Thomas tradition – and on this record, he's working with a group (and material) that really lets him hit his stride vocally. The band features Ryo Kawasaki on guitar, Ronnie Boykins on bass, Monty waters on reeds, and Rashied Ali on congas, playing in a remarkably restrained way (which sounds great!). The album features an incredibly soulful vocal version of Dave Burrell's "Crucificado", a nice remake of Coltrane's "Blue Train", and some strangely spiritual numbers like "Parting" and "The Lady".  © 1996-2020, Dusty Groove, Inc.
(Cover has a cut corner.)