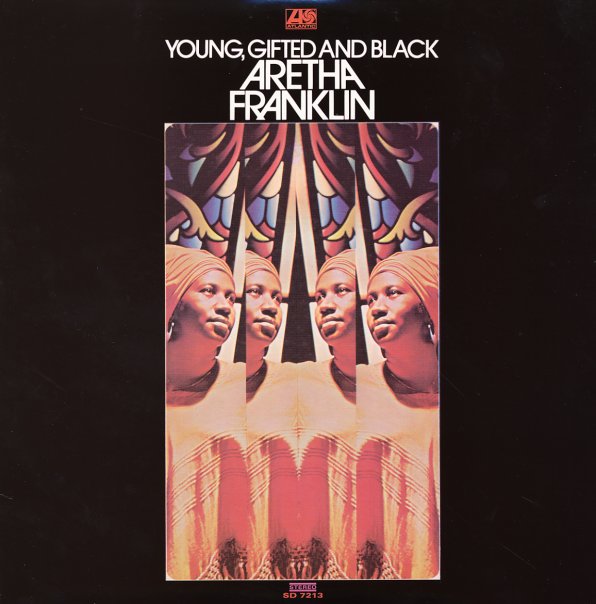 A beautiful album that perfectly mixes both sides of Aretha Franklin's talents – the hard-edged soul singer who first flourished at Atlantic records in the late 60s, and the artist who was growing even more as a vocalist – really reaching out her wings to more sophisticated material! There's a balance here that makes the record one of the deepest that Franklin ever recorded for Atlantic – lots of larger Arif Mardin touches, but also some raw moments that really round things out – on titles that include Aretha's classic take on the Weldon Irvine/Nina Simone tune "Young Gifted & Black", the funky classic "Rock Steady", the wonderful mellow groover "Day Dreaming", the hit "Brand New Me", and the strangely compelling "First Snow In Kokomo" – plus other titles that include "All The King's Horses", "Oh Me Oh My", "Border Song", "Didn't I Blow Your Mind", "April Fools", "I've Been Loving You Too Long", and "The Long & Winding Road".  © 1996-2021, Dusty Groove, Inc.
(Green and red Broadway label pressing with RI suffix. Cover has light wear and a hype sticker.)