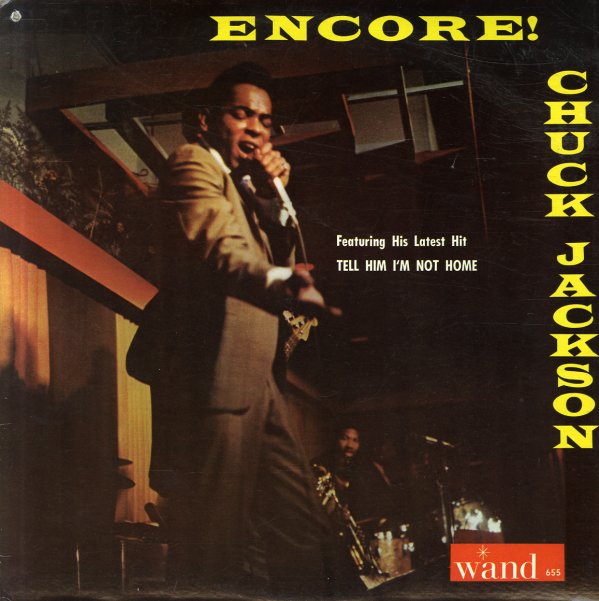 Fantastic work from the great Chuck Jackson – a singer who was really at the height of his powers during these early years of his career! Chuck's maybe best known for heartbreaking material – and the notes on the album actually refer, oddly, to these songs as "the crying towel variety" – but what Jackson brings to his music is this strong sense of pride and power – this depth of reserve that makes you feel like he'll never give up, no matter how hard the going might be – a quality that southern soul singers would soon poach from Jackson and other singers up north, and make their own style of music. Yet back at the start, few folks did it better than Jackson – as you'll Hear on cuts that include the wonderful hit "Tell Him I'm Not Home", plus "Lonely Am I", "Blue Holiday", "Getting Ready for the Heartbreak", "Don't Believe Him Donna", "Tomorrow", "Two Stupid Feet", "Another Day", and "Invisible".  © 1996-2021, Dusty Groove, Inc.
(Original mono pressing. Cover has a small cutout hole.)