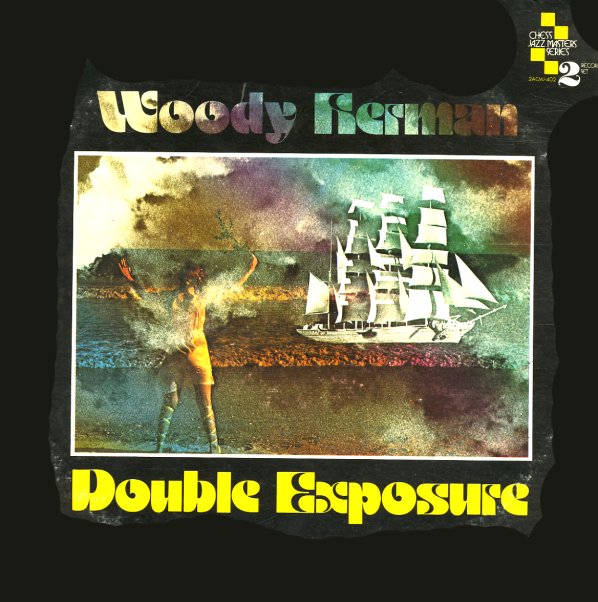 Forget everything you know about Woody Herman – and enjoy this amazing record! The album compiles sides that Woody recorded at the end of the 60s, when he was working with the Chess/Cadet team on some fantastic funky big band material. Most of the tracks feature arrangements by Richard Evans, the genius behind many of the best Chess soul recordings – and he gives the tracks a funky sound that you'd never expect from Woody Herman. The whole album's a total delight, and we never tire of listening to it – especially the version of "Ponteio", plus "The Hut", "Sex Machine", "Lancaster Gate", "Light My Fire", and a great early version of Donny Hathaway's "Flying Easy"! Hathaway also plays organ on some tracks, too!  © 1996-2020, Dusty Groove, Inc.
(Cover has a small cutout notch.)