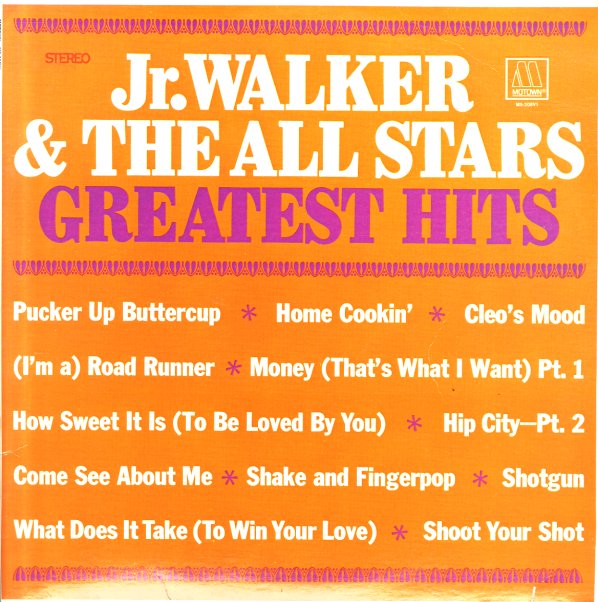 Jr. Walker's deep soulful tenor graced many a Motown hit back in the 60s – including the dozen featured on this tasty "best of" compilation, put together back in 1968, from singles that were issued earlier in the decade. Includes the huge hit "Shotgun", plus "Home Cookin", "Road Runner", "Hip City", "Shake & Fingerpop", "Shoot Your Shot", and a version of "Money".  © 1996-2022, Dusty Groove, Inc.
(Early 80s reissue.)

Peace & Understanding Is Hard To Find
SOUL, 1973. Near Mint-
LP...$9.99 13.99
A record that has Jr Walker and the group stepping out with some of the righteous touches promised in the title – partly in the choice of songs on the set, which are all nicely tucked into that strong mix of deep soul vocals and saxophone lines that had become the Jr Walker groove! The set ... LP, Vinyl record album