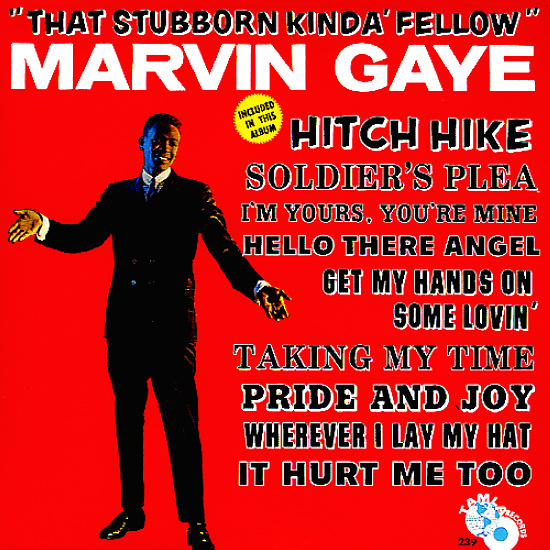 That Stubborn Kinda Of Fellow

Early genius from Marvin Gaye – a set that's one of his first biggest hit-making albums for Motown, and for good reason too! Gaye's really come a long way here in just a few short years – hitting hard on the album's title hit, with that trademark rasp that would only get stronger and more charming by the end of the 60s. The backings pack a punch too – pure Motown 60s soul all the way through, with backing vocals from Martha & The Vandellas – although Marvin's own lead is more than strong enough on its own! Titles include the big title hit "Stubborn Kind Of Fellow" – plus "Hitch Hike", "Get My Hands On Some Lovin", "It Hurt Me Too", "Pride & Joy", and "Wherever I Lay My Hat" – all written by a young Marvin!  © 1996-2021, Dusty Groove, Inc.
(Original two globes pressing with deep groove. Cover has surface wear, aging, a split bottom seam, half split top seam, names in pen on both sides and light staining along the edges of the back.)