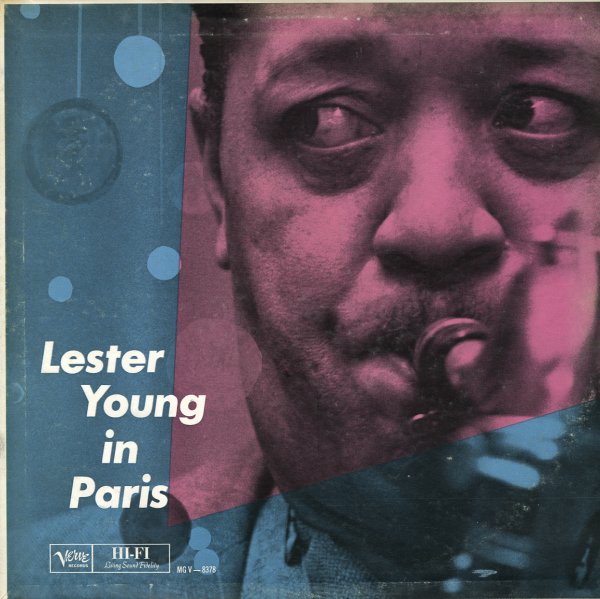 A beautiful session that was Lester Young's last-ever recording! The session was cut in Paris in 1959, and features the rhythm section of the famous Blue Note club, home to many American expatriots in France at the time. Kenny Clarke plays drums, Jamil Nasser plays bass, Rene Utreger is on piano, and Jimmy Gourley plays guitar. Young's tone is amazing – and has touches of his classic sound, but is also filled with a somber sense that's really great. Titles include "New DB Blues", "Lullaby Of Birdland", "Three Little Words", and "I Didn't Know What Time It Was".  © 1996-2020, Dusty Groove, Inc.
(Mono Verve Records Inc pressing with deep groove. Cover has some surface wear and a split top seam held with clear tape.)