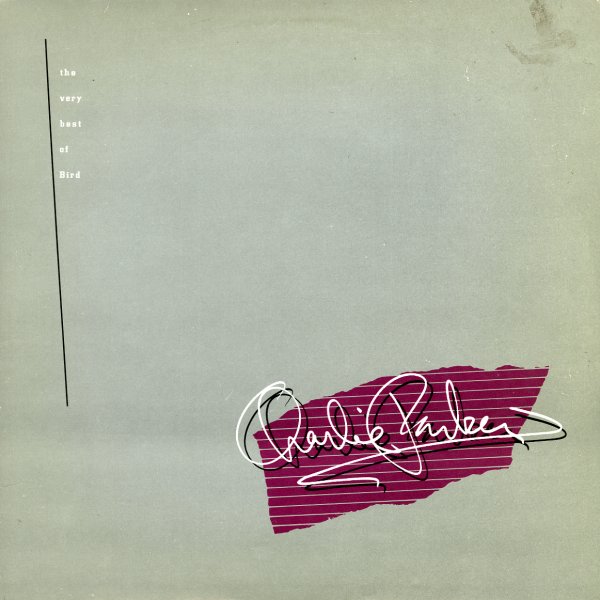 An essential set of tracks – as it includes most of the best master takes from Parker's legendary Dial Recordings! The material is floating around a lot on CD these days, but this great set is just about the best way you can hook yourself up with the tracks on vinyl – as it includes superior packaging and nice notes! Titles include "Bird's Nest", "How Deep Is The Ocean", "Cool Blues", "Relaxin At Camarillo", "Bongo Bop", "Ornithology", and "Moose The Mooche".  © 1996-2022, Dusty Groove, Inc.
(Includes booklet. Cover has light wear, promo stamp, light stain spots.)

Cole Porter Songbook
Verve, Early/Mid 50s. Near Mint-
LP...$7.99 (CD...$1.99)
Charlie Parker takes on the music of Cole Porter – with results that make for some of his most classic moments at Verve! Parker's horn is as hard-bitten as always, but it's also working here in a slightly lyrical vibe – one that brings out the warmth that Charlie could have at just the ... LP, Vinyl record album

Bird – Savoy Recordings Master Takes
Savoy, Mid 40s. Near Mint- 2LP Gatefold
LP...$16.99
A nicely distilled collection pulled together for issue in the mid 70s, of Charlie Parker's work for Savoy Records – done between the years 1944-1948, with some of the best talents in the bop business! Some of the other Savoy Parker sets have been a bit too overstuffed with alternate takes ... LP, Vinyl record album

One Night In Birdland
Columbia, 1950. Near Mint- 2LP Gatefold
LP...$19.99
Rare live material from Charlie Parker – recorded in the very familiar territory of the Birdland nightclub, but not issued until an LP release from the 70s! The material originally was broadcast on radio, but through the series of the Rose transcription disc archive – which meant ... LP, Vinyl record album

One Night In Washington
Elektra, 1953. Near Mint-
LP...$6.99
Bird does a guest spot with the DC area big band then known as The Orchestra. This 80s issue was the first time this concert performance had been released, and has Parker soloing nicely over a set of standards: "Fine & Dandy", "These Foolish Things", "Light Green" ... LP, Vinyl record album

Fiesta – Charlie Parker & His South Of The Border Orchestra – The Genius Of Charlie Parker #6
Verve, 1951. Very Good+
LP...$14.99
Charlie Parker in a Latin mode – one of those ideas that shouldn't work that well, but does – and went on to influence a whole generation in jazz! Parker's alto and Latin rhythms are an amazing combination – rhythms that move even more frenetically than regular bop modes – ... LP, Vinyl record album