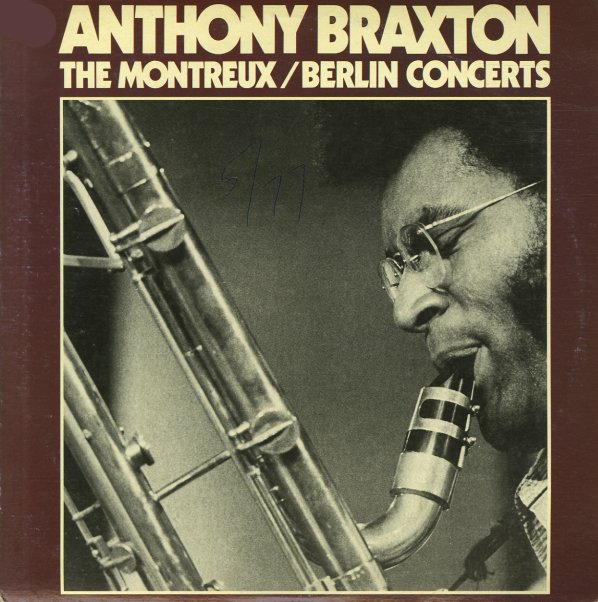 Nice 2LP set that brings together 3 different sets of live material recorded by Braxton during the mid 70s! The first set features Braxton in trio with Kenny Wheeler and Dave Holland at Montreux, in 1975; the second set features Braxton and George Lewis, along with the Circle rhythm team of Dave Holland and Barry Altschul, in Berlin in 1976; and the last (and best) set features duets between Braxton and Lewis recorded in Berlin a few days later.  © 1996-2021, Dusty Groove, Inc.
(White label promo. Cover has a a cutout hole, ring & edge wear, a small split on the top seam, and a spot of adhesive residue on the back. NOTE – Vinyl has a heat bump at the beginning of sides 3 & 4 – rest of the vinyl is nice.)