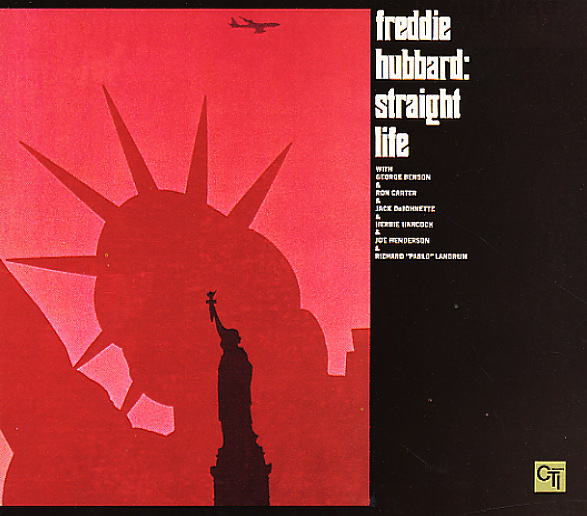 An amazing second CTI set from Freddie Hubbard – one that takes off nicely from Red Clay territory, and starts to hit an even funkier mode! The tracks here are all relatively long, with a huge amount of solo space for Freddie on trumpet, Joe Henderson on tenor, George Benson on guitar, and Herbie Hancock on piano. The title track "Straight Life" has a style that's quite searing and righteous at points – almost some of Freddie's boldest playing on record from the time. It's followed by an excellent take on Weldon Irvine's "Mr Clean" – one that's rompingly funky while still as righteous as the work on side long title track – played with some great electric piano from Herbie and sweet guitar lines from Benson. The set closes with a mellow take on "Here's That Rainy Day", played in a way that reminds us of Hubbard's more lyrical style – but still with plenty of CTI 70s overtones.  © 1996-2020, Dusty Groove, Inc.
(180 gram pressing – on Pure Pleasure!)

Definitive Album
Audio Fidelity, 1959. Near Mint-
LP...$9.99
Recorded at the Oriental Theater in Chicago in 1959, with Frank Assunto on trumpet, Fred Assunto on trombone, Gerald Fuller on clarinet, Lowell Miller on tuba and basss, Jac Assunto on banjo, and Norman Hawley on drums. Titles include "Struttin' With Some Barbecue", "Canal Street ... LP, Vinyl record album