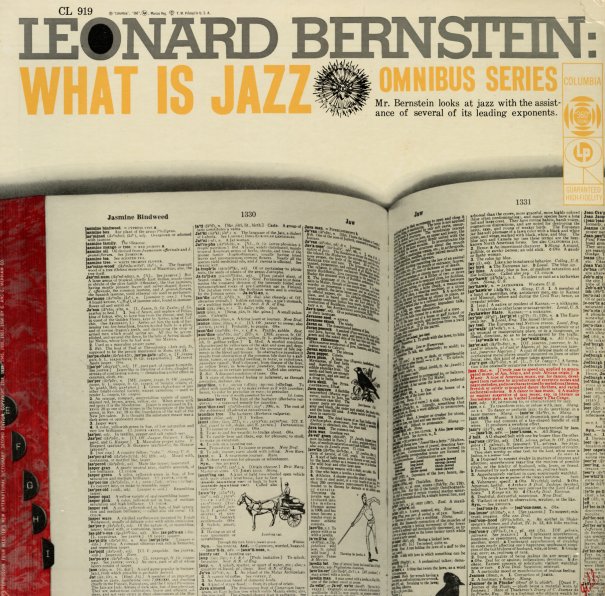 Hilarious! Always one to try to prove that he wasn't just a stodgy uptowner, Leonard Bernstein cut this album as a "guide to jazz" – featuring narration by Mr. B himself, plus playing by Miles Davis, Buck Clayton, Teo Macero, and Louis Armstrong. The record traces the evolution of jazz – with some very nice, very square dialogue by Bernstein. Not really the kind of thing you'll put on at home – but a great record to dig samples from!  © 1996-2020, Dusty Groove, Inc.
(CSP pressing. Back cover has light aging.)