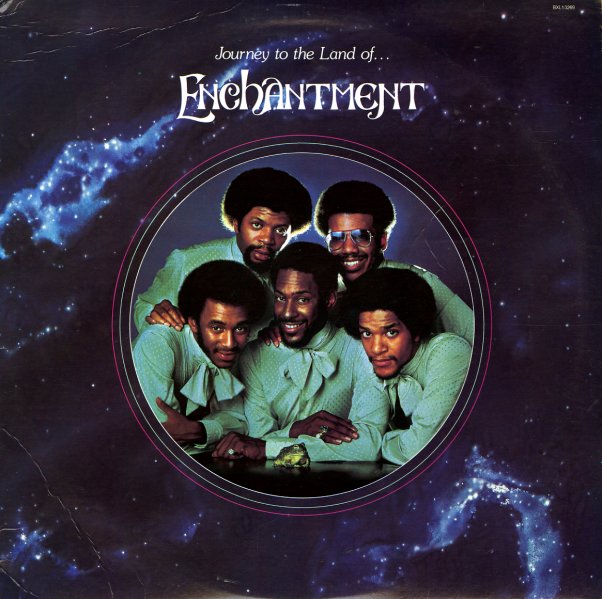 Journey To The Land Of Enchantment

Great grooves from Enchantment – a set that has the group very much in their dancefloor-oriented mode, but still singing with some incredibly warm harmonies throughout! The backings are a nice blend of late 70s disco elements and softer soul modes – just the right mix to let the group's nicely glowing quality come through strongly – that Enchantment style that was always a bit more subtle than some of the other late 70s soul groups, and which almost hearkened back at times to the earlier indie harmony scene of the start of the decade. Titles include "Love Melodies", "Oasis Of Love", "Journey", "Future Gonna Get You", "Magnetic Feel", "Anyway You Want It", and "Where Do We Go From Here".  © 1996-2021, Dusty Groove, Inc.
(Cover has some ring and edge wear, with some writing in pen and small smudges on back.)