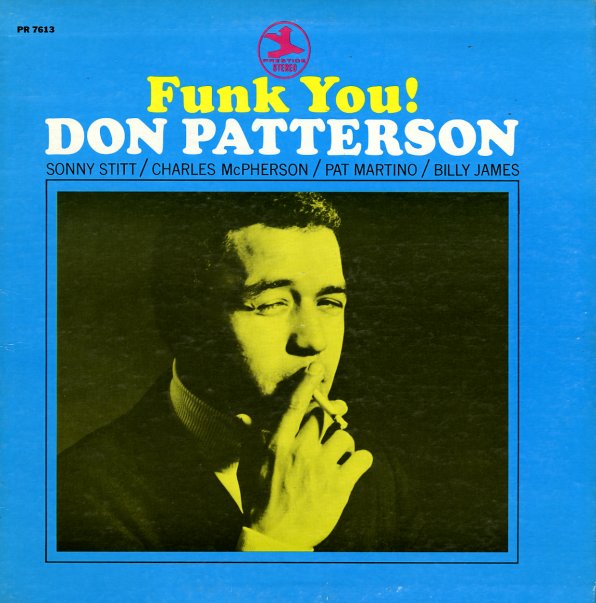 A very cooking set by this great 60s organist – and one that has him leading a 2-horn frontline that includes Sonny Stitt and Charles McPherson. Pat Martino's on guitar, and Patterson's longtime drummer Billy James plays with a nice free style. Lots of nice tracks – like "My Man String", "Funk In 3/4", "Ratio & Proportion", and "Little Angie".  © 1996-2021, Dusty Groove, Inc.
(Green label pressing. Label has a small bit of pencil, and back has a few very light, small notes – but this is a great copy overall.)