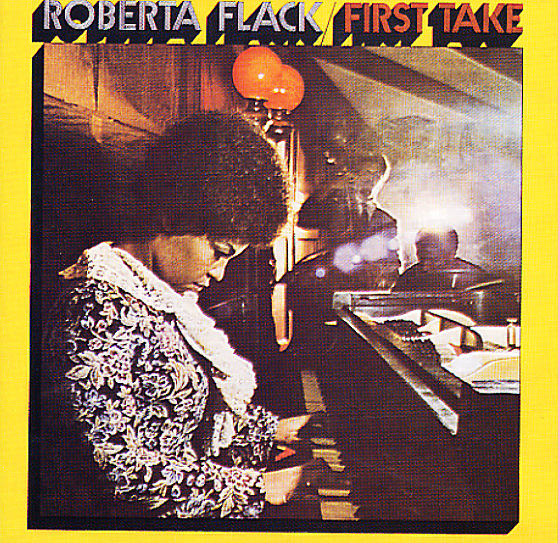 What can we say? We've heard this one a million times, it sold over a million copies – but it's still incredible! The record is Roberta's first, and it features her in a mellow trio format, augmented by some occasional larger arrangements by William Fischer. At most points, though, the sound is incredibly spare – with vocals that are much more soulful than any of Roberta's other records, and a sound that hints at Nina Simone, but which has it's own jazzy groove and deep sense of feeling. Includes the classic funky version of "Compared To What", plus "Angelitos Negros", "Our Ages Our Our Hearts", and "Tryin Times".  © 1996-2022, Dusty Groove, Inc.
(Red and green Broadway label pressing. Cover has light wear and a small stain on the front.)

Chapter Two
Atlantic, 1970. Very Good+
LP...$13.99 (CD...$9.99)
Mindblowing work from Roberta Flack – an album that should be in the collection of any fan of righteous soul music! Forget all the wimpier modes of Flack's later years – because here, the young Roberta is a vision of positive power and spiritual soul – a singer with roots in jazz ... LP, Vinyl record album