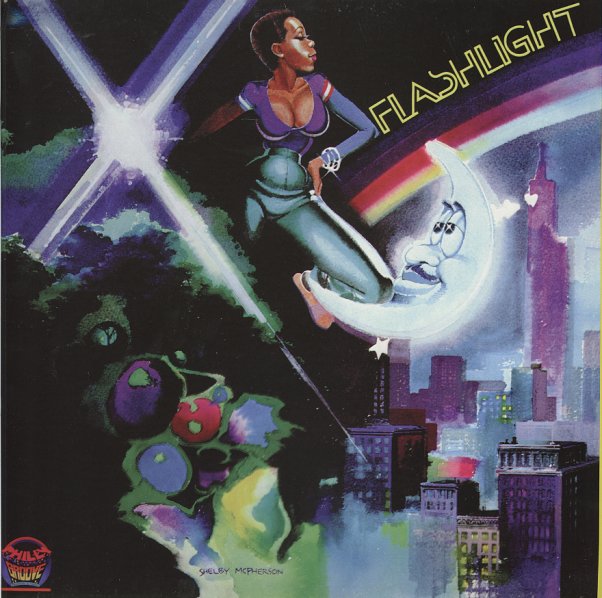 Flashlight is a sweet little disco combo – one who are working here with prime Philly maestros Norman Harris, Ron Kersey, Arnold Coley, and Bobby Eli – all of whom give the group's tracks a warmly soulful quality, and a sound that's more in the mode of early/mid 70s vocal groups like Blue Magic or Impact, than it is some of the Philly ensembles at the end of the decade. Titles include "I Can Be (Everything You Want Me To Be", "Beginner's Luck", "Thank You Baby", "Every Little Beat Of My Heart", and "Don't Feel Nothing (Til You Hear From Me)".  © 1996-2021, Dusty Groove, Inc.
(White label promo. Cover has one slightly bumped corner, but is nice overall.)

Fairy Godmother
Kent, Early 70s. Very Good+
LP...$9.99
One of the crazy messed-up party comedy albums issued by Kent during their big years with Rudy Ray Moore. The Jerry Walker material is pretty decent, and is the kind of raunchy material you'd expect from titles like "Eat Where You Want To", "Let's Take It Upstairs", and "I' ... LP, Vinyl record album