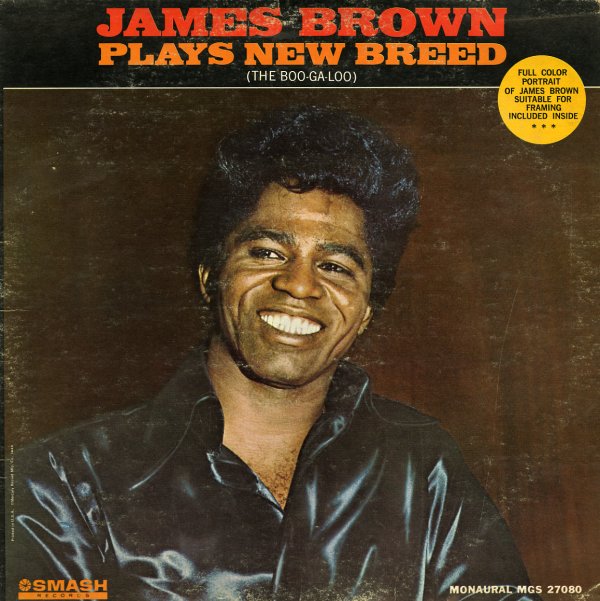 Possibly the best instrumental album that James Brown cut for Smash! Unlike some of the other albums, this one features a set list that's mostly originals – and a number of tracks have a longer groove than usual, which lets James and the band stretch out instrumentally. Titles include "Vonshelia", "Fat Bag", "Hooks", "Sumpin Else", and "Jabo".  © 1996-2022, Dusty Groove, Inc.
(Stereo pressing with deep groove, missing the portrait. Vinyl has a mark that makes a short click during "Sumpin Else". Cover has bottom corner wear and staining- due to moisture, and a tiny peel from an old price sticker.)

Gettin' Down To It
King, 1969. Very Good+ Gatefold
LP...$24.99
A great little album by James Brown – and very different than his other work! He cut this one with the groovy Dee Felice Trio – a jazz-based combo that he recorded on their own for King, on another very rare, very excellent record. The band's in similar form here, although not ... LP, Vinyl record album