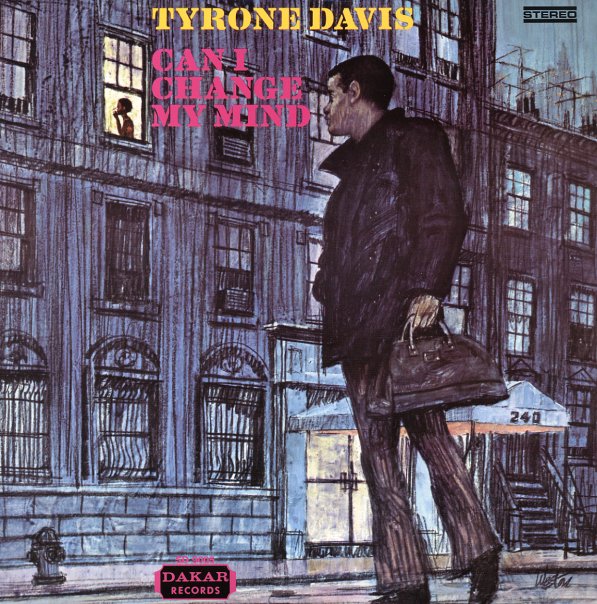 Can I Change My Mind

The debut album from Tyrone Davis – a supreme achievement for the Chicago soul scene of the late 60s, and a record with a sound that would set the standard for years to come! Tyrone had been bumping around as a blusier singer before this set – but here, working with arrangements by Don Myrick and Willie Henderson, he gets a sound that's sweet and soaring – taking a rough-spirited soul, and recasting it in a sweeter sound for the 70s. Tyrone's not lapsing into bluesy cliches here, and instead keeps things wonderfully soulful by hitting a loping groove that picks up his beat and gives the songs a nice lilt. You can hear this to best effect on the title track "Can I Change My Mind", but all tracks are great – including "She's Looking Good", "Call On Me", "Open The Door To Your Heart", and "Have You Ever Wondered Why?".  © 1996-2022, Dusty Groove, Inc.
(Original pressing with MO suffix with AT etch/MR stamp. Cover is lighty stained along the opening, with some small peeled spots and flaking.)