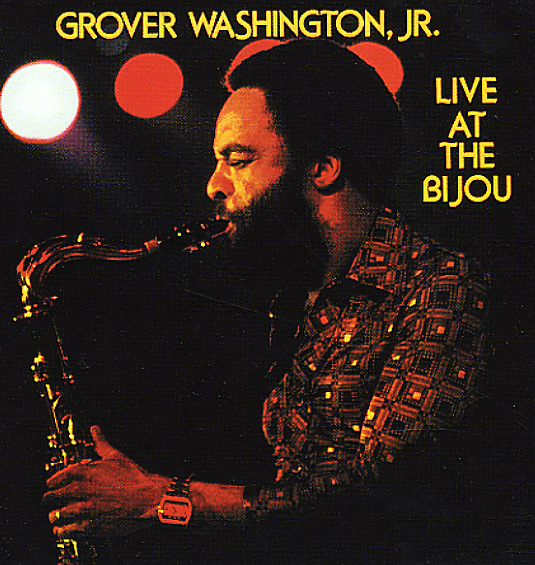 Live At The Bijou

A totally great Grover Washington record – and with 25 years behind us, we really now realize how fantastic all the early Kudu sessions really were! The record was recorded live at the Bijou, and is spread out over 2 long LPs, with lots of room for tasty open-ended solos by Grover and the group. Includes the great version of "Lock It In The Pocket", plus "Funkfoot", "Sausalito", "Summer Song", and a long version of "Mr Magic".  © 1996-2022, Dusty Groove, Inc.
(Original gatefold pressing. Cover has light wear.)

I Hear A Symphony
Kudu, 1975. Very Good+
LP...$9.99
Not really a symphony, but a great album that features the soulful alto sax of Hank Crawford blowing over some rich larger backings from David Matthews – all with a sweetly funky Kudu sound! The style's a bit more polished than some of the other Kudu sessions of the time – almost a bit ... LP, Vinyl record album

Tico Rico
Kudu, 1976. Near Mint-
LP...$4.99
Hank Crawford's always been a great saxophonist – but he's also one that sometimes works even more strongly in a bigger group setting – as you'll hear on this 70s Kudu session with funky arranger David Matthews! Dave takes the groove forward from the sound that Hank sometimes had back ... LP, Vinyl record album

Fort Yawuh
Impulse, 1973. Very Good+ Gatefold
LP...$11.99
Great Impulse work from Keith Jarrett – recorded at a time when he had a lot sharper edge than later years, and was really matching the spirit of some of the post-Coltrane generation players on the label! The date's a live one, and features some relatively extended tracks – tunes that ... LP, Vinyl record album

Live
International Anthem, 2021. Near Mint- 2LP Gatefold
LP...$24.99 (CD...$11.99)
Angel Bat Dawid is a completely mesmerizing artist on record, but she's even more mindblowing in a live setting – where she seems to channel the energy of the skies and the planet into her music – brimming over with righteous energy that guides the rest of the group with a hell of a lot ... LP, Vinyl record album