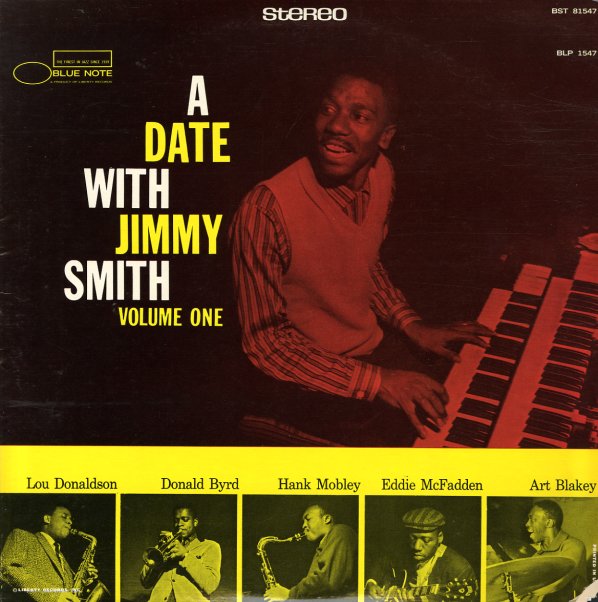 Smashing early work from Jimmy Smith – a killer set from 1957 that has him going head to head with some of Blue Note's finest players! The album marks one of the first time Jimmy played with such greats – and one of the first time they played with an organist – and the lineup includes work by Donald Byrd, Lou Donaldson, Hank Mobley, and Art Blakey. Tracks are long, with plenty of room for solos – and titles on this first volume include "Funk's Oats", "How Hight The Moon", and "Falling In Love With Love".  © 1996-2023, Dusty Groove, Inc.
(Liberty stereo pressing. Cover has some ring and edge wear and a cut corner.)

Sermon!
Blue Note, Early 60s. Good
LP...$14.99
One of the most famous early albums from Hammond organ giant Jimmy Smith – and for good reason too, as he was using the instrument to pioneer a whole new field in jazz! Before Jimmy, others had used the organ on short tracks, usually for a bit of color – but here, Smith explodes as a ... LP, Vinyl record album