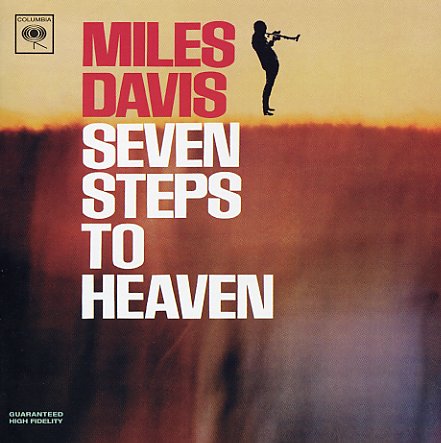 A key point in the development of the Miles Davis sound of the 60s – his first album to feature work from Herbie Hancock, Ron Carter, and Tony Williams – augmented by some equally nice work on other tracks from Victor Feldman and Frank Butler! The sound here is beautifully spare – a wonderful exploration of ideas that Miles had been putting forth on some other albums for Columbia, but crafted here with a vision that's apparent in the very first note – and which transforms both the tunes and the work of the players into a focused, near-perfect sound all the way through. Titles include "So Near So Far", "Seven Steps To Heaven", "I Fall In Love Too Easily", "Joshua", and "Basin Street Blues" – which even sounds great in this setting!  © 1996-2022, Dusty Groove, Inc.
(70s pressing. Cover has light wear.)

Greatest Hits (Prestige)
Prestige, Early 50s. Very Good
LP...$14.99
Lots of classic early material – including "If I Were A Bell" recorded with John Coltrane on tenor and Red Garland on piano, "Conception" with Sonny Rollins on tenor and Jackie McLean on alto, "Bag's Groove" with Milt Jackson on vibes, "Solar" with ... LP, Vinyl record album

Blue Trombone
Columbia, 1957. Very Good+
LP...$29.99
A great small group session from trombonist JJ Johnson – a record that sets him up with a crack rhythm section, then really lets him open up on his solos! The approach is a great change from some of the more tightly arranged Johnson albums for Columbia – and is a great reminder of the ... LP, Vinyl record album