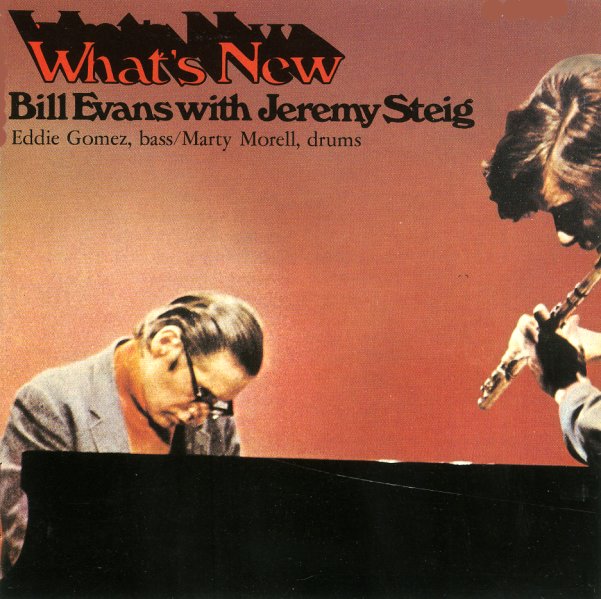 One of Bill Evans' most beautiful albums from the time – and one that features the fantastic team of Jeremy Steig and Eddie Gomez, who were cutting some beautiful records for other labels at the time. Steig's flute later got very silly, but at this point, he's got a raw stripped-down sound that works perfectly with Gomez's warm, slightly funky basslines – making for a slightly soulful approach that really transforms the session. Evans is no slouch either – and the youthful company makes him play some of his best bits in years – on titles that include "Time Out For Chris", "So What", "Spartacus Love Theme", and "Autumn Leaves".  © 1996-2021, Dusty Groove, Inc.
(Original Verve/MGM pressing. Cover has light wear and a small cut corner – and label has a bit of pen. Vinyl is nice!)