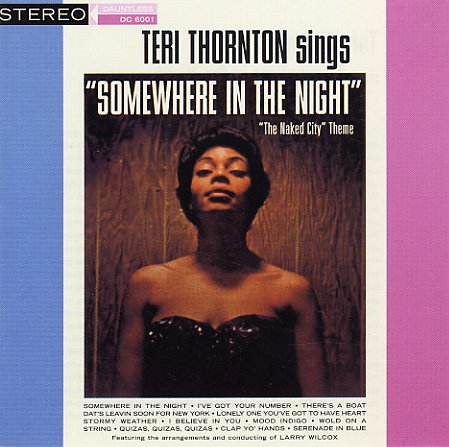 Obscure set of sexy vocal numbers, sung by Teri Thornton with some nice backing by Larry Wilcox and his orchestra. Thornton's got a polished style that resembles some of Sarah Vaughan's Mercury recordings of the mid and late 50s, and the backing is lush and dreamy, and works well with her voice. The set includes the "Somewhere In The Night" theme to The Naked City, plus a great reading of Babs Gonzales' "Lonely One". Other titles include "Clap Yo Hands", "I Believe In You", and "I've Got Your Number".  © 1996-2020, Dusty Groove, Inc.
(Mono red label pressing with deep groove.)