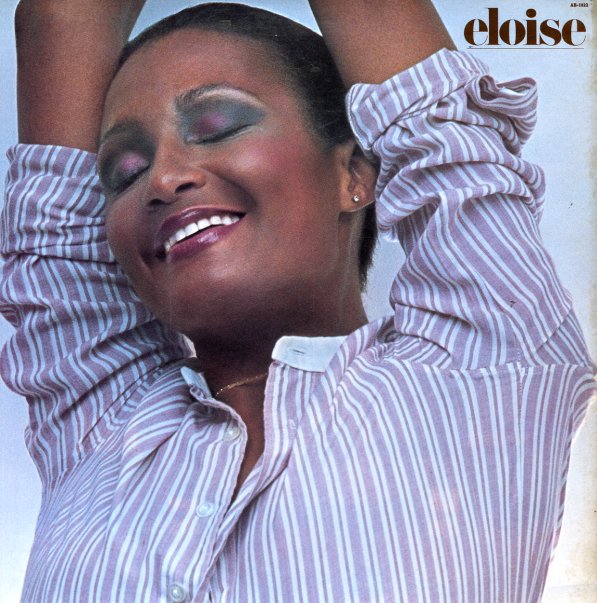 The warm, sweetly grooving Eloise album from Eloise Laws – a nice bit of smoothly produced LA soul, with arrangements by Gene Page, and production by Linda Creed and Jerry Goldstein. Eloise's vocals are really wonderful here, exuding warmth something of relaxed approach to her singing that works really well with the jazzy soul accompaniment. The standout tracks have more of a laidback, lightly soaring vibe – including "Someone Who Still Needs Me", "You're Incredible", and "Love Comes Easy" – but the more uptempo cuts such as "Number One" and "Baby You Lied" acquit themselves nicely, too. Ronnie Laws lays down sax solos on a few numbers, and Lonnie Jordan plays arp – and there are other great players in the mix, including Paulinho Da Costa, Wah Wah Watson, Ray Parker and others. Other tracks include "1,000 Laughs", "Love Is Feeling" and "Forever Now".  © 1996-2021, Dusty Groove, Inc.
(Includes the printed inner sleeve. Cover has light wear and a promo stamp.)