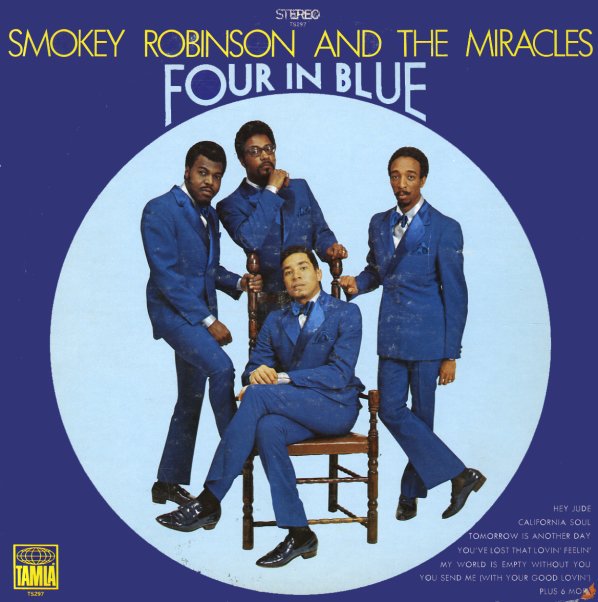 Although Smokey and crew are pictured in the front in the usual staid Motown matching suits – their hipper garb on the back cover belies the nice direction they've taken with this album, which shows the band hitting a more heavy soul style that's touched by a lot of the grooviness going around at the time at Motown. The album includes a great version of the classic "California Soul", a nice spacey version of "Hey Jude", and lots of other nice ones like "My World Is Empty Without You", "Tomorrow Is Another Day", and "Dreams, Dreams".  © 1996-2022, Dusty Groove, Inc.
(Cover has light wear and some aging.)