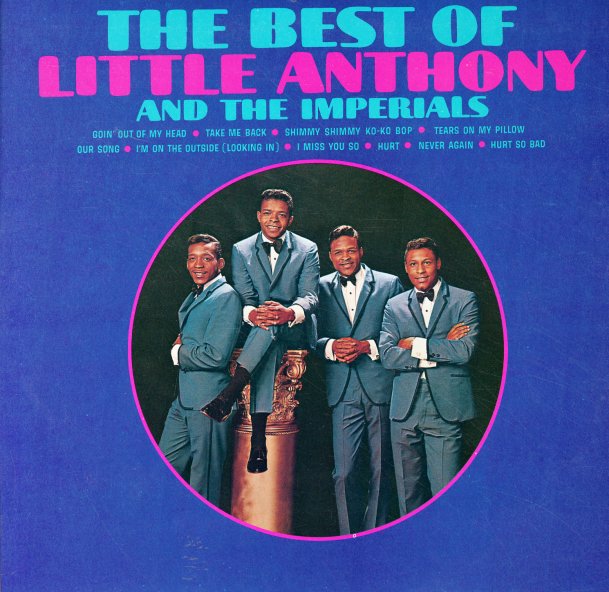 Anthony and crew were one of the few groups who actually got better when they moved from the raw indie scene to the slicker major label one – as you'll hear perfectly on this set of some of their best work for the Veep/DCP/United Artists label. Teddy Randazzo handled all the arrangments and production, and his breathy uptown style works perfectly with the band's soulful harmonies. Titles include "Hurt So Bad", "I'm On The Outside (Looking In)", "Our Song", "Get Out Of My Life", and "Going Out Of My Head".  © 1996-2023, Dusty Groove, Inc.
(Later stereo black label pressing. Cover has a taped bottom seam, light wear & aging.)

Future Star
United Artists, 1978. Very Good+
LP...$11.99 14.99
Nice second album by this band who's better known for their proto disco LP on Buddah. This one's got less of a disco feel, but it still has a sound that's mostly uptempo funk, with some good choppy grooves, and a few mellower soul cuts. Tracks include "Earl & Pearl", "Realize ... LP, Vinyl record album