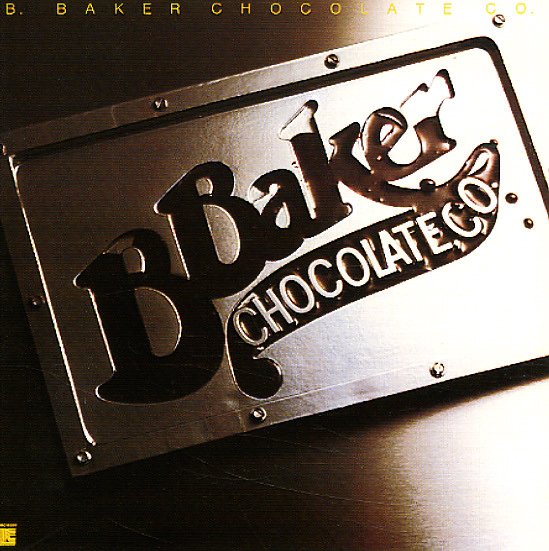 Pure genius from the B Baker Chocolate Company – a set that's equal parts fusion and soul, held together by these rich arrangements that really send the whole thing home! The album's never too slick, yet has a sense of perfection that matches some of the best soulful fusion dates at Blue Note or Fantasy in the mid 70s – a quality that's especially strong on the vocal tracks on the set – one of which features Lew Kirton in the lead! The players are all totally top-shelf – and include Lonnie Smith and Jimmy McGriff on keyboards, John Faddis and Marvin Stamm on trumpets, and Jimmy Ponder on guitar – and the set's got a beautiful balance that few other records like this can match. Lew Kirton sings on "It's Where You're Coming From", and "Dreamer" features Gene Scott – and instrumental tracks include the funky classic "Snowblower", plus "Carousel" and "Spirit Level".  © 1996-2021, Dusty Groove, Inc.
(UK pressing on TK. Cover has a promo stamp.)