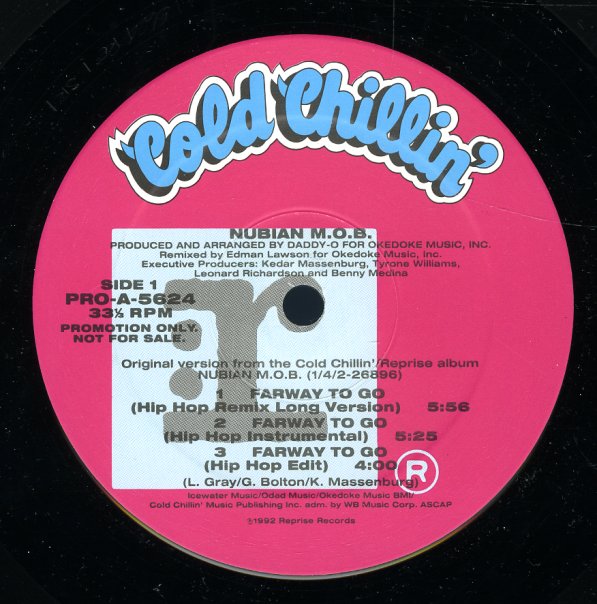 Groove Is In The Heart (meeting of the minds mix, peanut butter radio, jelly jam beats)/What Is Love?(holographic goatee mix, frenchappella)
Elektra, 1990. Near Mint- (pic cover)
12-inch...$19.99
Sure, it sold a bunch of copies – and you heard it in every coffee shop, clothing store, and tired disco at the time – but we still love this one, and consider it to be one of the finest points in pop music during the early 90s! Also includes the rainbow beard mix of "What Is Love? ... 12-inch, Vinyl record

Key (long, short)
Prelude, 1983. Near Mint-
12-inch...$19.99
Produced, written, and arranged by James Mason – and one of a few singles that he cut under the group Wuf Ticket, after recording some sublime jazz funk material on his own. This one's got an early 80s electro feel – with lots of keyboards and linn drum riffing. 12-inch, Vinyl record

My Baby Loves Lovin/Move With The Rhythm
Moby Dick, 1983. Near Mint- (pic cover)
12-inch...$4.99
An obscure disco single recorded by Chicago-based Spyyce – a group that features jazz singer Joyce Hurley alongside dual lead vocalist Shara Martin. "My Baby Loves Lovin" is a remake of the classic pop hit – done in a jazzy disco style that has lots of piano on the groove ... 12-inch, Vinyl record

Glad To Know You/3,000,000 Synths/Ai No Corrida
A&M, 1981. Near Mint-
12-inch...$14.99
A great but overlooked bit of crossover funk from Chas Jankel – guitarist for Ian Dury & The Blockheads during the late 70s! The real standout here is the original version of "Ai No Corrida" – a track probably best remembered from Quincy Jones' Dude album, but sounding ... 12-inch, Vinyl record