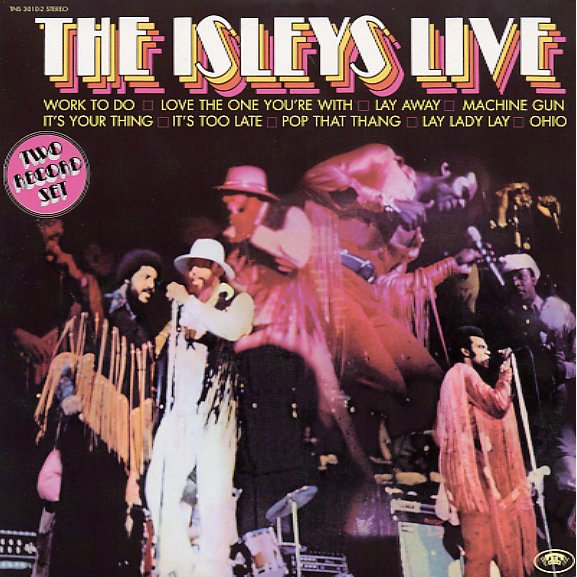 One of the hippest 70s albums by the Isley Brothers – a set that has them playing live with a stripped-down group, in a manner that's similar to other live albums of the time by Curtis Mayfield, Donny Hathaway, and Bill Withers. The format is great, and really gets to the core of the Isley's unique soul style – a blend of funk, soul, and rock that comes off perfect on tracks that include "Work to Do", "Pop That Thang", "It's Your Thing", "It's Too Late", "Love the One You're With", "Machine Gun", "Ohio", and "Lay Lady Lay". Very lively, and with a good raw feel!  © 1996-2021, Dusty Groove, Inc.
(Original pressing.)