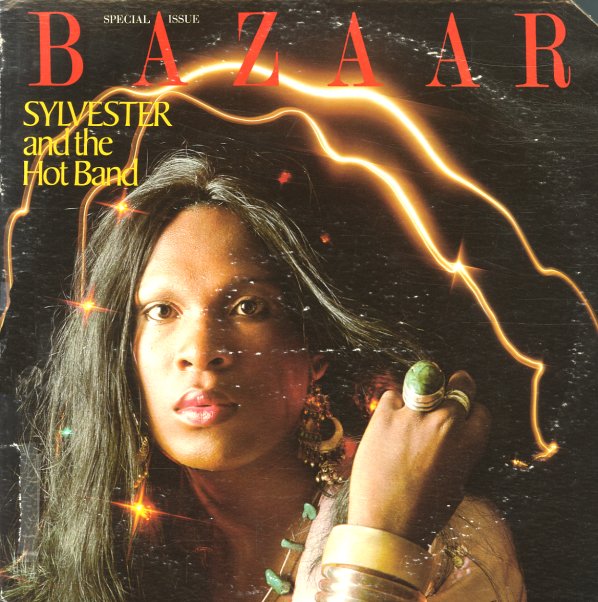 Fuzzy, freaky early work from Sylvester – a hip little set that's part soul, part funk, and part rock – overflowing with all the strange genre-mixing sounds you'd find in the Bay Area scene of the early 70s! There's definitely a Sly & The Family Stone inspiration going down on some of the funkier cuts – a really collective groove that has Sylvester's offbeat lead vocals getting some really warm support from the whole Hot Band – at a level he never received this strongly on some of his later records. There's a great funky groove on some of the best numbers – almost a Muscle Shoals vibe, transplanted to San Francisco – even though the set was recorded down in LA. Titles include "All That I Need", "Nobody's Fault But Mine", "Down On Your Knees", "On Your Way Down", and "My Life".  © 1996-2021, Dusty Groove, Inc.
(Cover has a cut corner and light wear.)

Pointer Sisters
Blue Thumb, 1973. Very Good- Gatefold
LP...$5.99
The fantastic debut of The Pointer Sisters – an album that's a lot deeper than most of their crossover pop from years to come! At the time of the album's release, the trio were a badass group of female singers on the Bay Area scene – out to redefine the role of the girl group in soul ... LP, Vinyl record album

Outta Season
Blue Thumb, Early 70s. Very Good Gatefold
LP...$24.99
One of the last albums that Ike & Tina cut together – a great set that's hard, raw, and soulful, with a good rootsy feel that makes them stand out against Ike & Tina's other albums from the time! 13 tracks in all, including "I've Been Loving You Too Long", "Mean Old ... LP, Vinyl record album