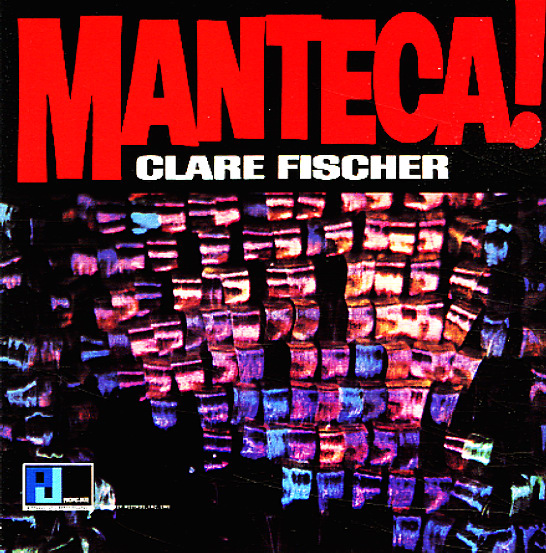 One of our favorite albums ever from the great Clare Fischer – and one of the first to really show his special talents at their best! The sound here is a wonderful blend of jazz, Latin, and Brazilian modes – and in addition to piano, Clare plays plenty of organ on the date – which bristles with this cool, clear sound amidst larger backdrops that have a very driving feel! There's lots of percussive energy at the bottom of the bigger group tracks – thanks to work from Latin percussionists Carlos Vidal, Cuco Martinez, Chino Valdes, and Rudy Calzado – and some of the other cuts feature a smaller group, but still with lots of great percussion! Clare's organ has this feel that's very different than the usual Hammond jazz style – and really sounds great throughout – on a batch of tracks that includes a key reading of his classic "Morning" – plus the cuts "Manteca", "Favela", "Afro Blue", "Dulzura", and "Negrita".  © 1996-2021, Dusty Groove, Inc.
(Stereo deep groove pressing. Cover has light wear.)

Festival Album – Recorded Live At The Newport & Pacific Jazz Festivals 1966
Pacific Jazz, 1966. Very Good Gatefold
LP...$16.99
Incredible work from the Jazz Crusaders – a brilliant album of longer tracks that has them working at their soulful, sophisticated best! The record's great proof that the Crusaders had a depth that many rarely gave them credit here – as they're working here in a complicated set of ... LP, Vinyl record album

Buddy & Soul
Pacific Jazz, 1969. Near Mint- Gatefold
LP...$9.99
Groovy stuff! We'd normally never say a bad word about Buddy (or else he'd sock us one!), but this album is particularly nice – as it features Rich's swinging late 60s group doing some pop/jazz covers of groovy 60s tunes, plus some very tasty originals! All tracks are pretty short, and the ... LP, Vinyl record album

Some Other Spring – Blues & Ballads
Sonet (Sweden), 1970. Near Mint-
LP...$38.99
The icy voice of Norwegian singer Karin Krog is a perfect match for Dexter's deep soulful saxophone, and the two of them perform wonderfully together in this rare set of tracks recorded in 1970 with Kenny Drew on piano and Niel Henning Orsted-Peterson on bass. Krog has always been tremendously ... LP, Vinyl record album

Xavier Cugat Today!
Decca, Late 60s. Near Mint-
LP...$14.99
Very groovy stuff from Cugie! It's the late 60s, and he's got more of a pop Latin groove than earlier – and lays down some nice peppy covers of pop material, plus a few other Latin standards. Not exactly Latin soul – but not that far off, either. Includes a great version of "Samb ... LP, Vinyl record album