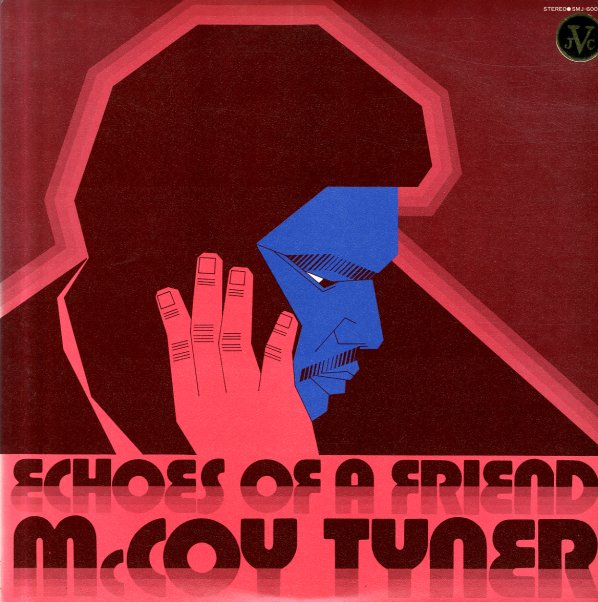 Echoes Of A Friend (Japanese pressing)

A haunting tribute to the late John Coltrane – not just a "friend" of McCoy Tyner, but a key musical partner back in the 60s! The album's a solo piano effort – extremely intimate, but still played with that long-flowing majesty we always love in McCoy – and two of the tunes are famous Coltrane compositions – "Naima" and "The Promise" – and another is a spiritual reading of "My Favorite Things", done in a completely different mode than Trane's version. Other titles are Tyner originals – "Folks" and "The Discovery".  © 1996-2021, Dusty Groove, Inc.
(Japanese pressing, in the textured cover, with insert. Spine has some very light fading, but the rest is great.)

Passion Dance
Milestone, 1978. Near Mint-
LP...$14.99
Darkly-tinged piano work from McCoy Tyner – recorded live, in extended takes, with long-spiralling lines that soar in his best post-Coltrane approach to the piano! The album's got a depth and passion that's missing from some of Tyner's other trio sessions of the time – and features ... LP, Vinyl record album

Richard Pine Live At Ballantine's
Victor (Japan), 1979. Near Mint-
LP...$19.99
A live date – one that features Richard Pine on alto and baritone, working with a Japanese group in Tokyo – Kenichi Yoshida on piano, Yukinori Narushige on bass, and Tadao Shimada on drums – plus vocals from Junko Mine on one track. LP, Vinyl record album

Breezin
Warner, 1976. Very Good+
LP...$8.99
A super huge hit for George Benson – and the record that took him from being a funky jazz guitarist into an R&B superstar – opening up sides of his talent that first emerged on his 50s R&B recordings as Little George Benson, but taken here into some very hip 70s territory! The ... LP, Vinyl record album