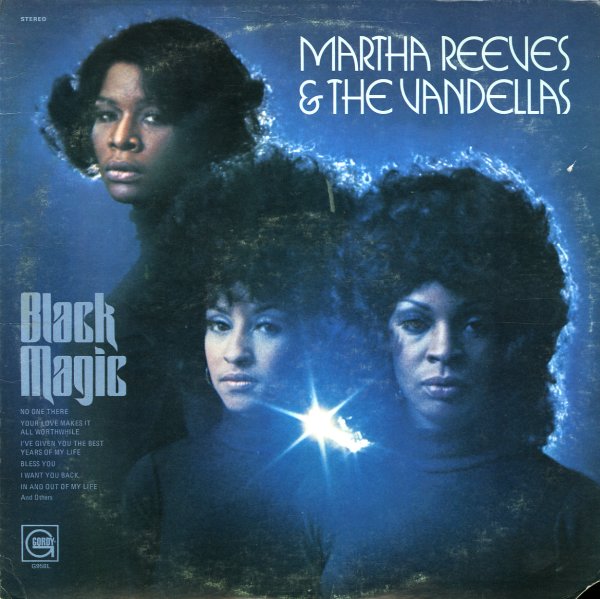 One of our favorite albums ever from Martha Reeves & The Vandellas – a set that's way past their early overheard hits for Motown, and which shows the group really stretching out with a new sort of power! There's definitely a bit of Black Magic in the mix – as there's a fresh feel here that really shows the changes Motown was making at the start of the 70s – with some echoes of the style used with the Jackson 5 – no surprise, given that the album's genius track "Bless You", was written by The Corporation! That track is worth the price of the album alone – and has this incredible wall of sound arrangement, with Martha singing verse after verse about the religiosity of love. But other tracks are great too – and include "No One There", "I Want You Back", "Hope I Don't Get My Heart Broke", and "Tear It On Down".  © 1996-2021, Dusty Groove, Inc.
(Cover has a cutout notch and some edge wear.)