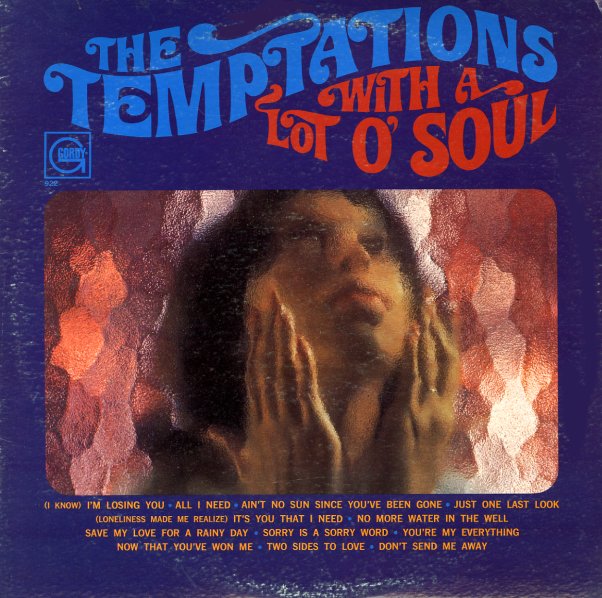 The Temptations pick up a lot of soul on this classic Motown set – a deeper, darker groove than ever before – the start of that fuzzy psychedelic soul style that made them one of the most inventive Motown acts of the late 60s! Deep basslines roll out strongly right from the start of the set – bringing a new richness to the grooves that's matched by those incredible harmonies that made The Temptations one of the most dynamic groups of the time – incredible harmonies that are often matched by a sense of lyrical intensity too! The set kicks off with the classic "I Know I'm Losing You" – a perfect illustration of this shift – and other titles include "Save My Love For A Rainy Day", "All I Need", "Two Sides To Love", "Don't Send Me Away", "Ain't No Sun Since You've Been Gone", "No More Water In The Well", and "You're My Everything".  © 1996-2023, Dusty Groove, Inc.
(Mono pressing with deep groove. Cover has light edge wear & aging.)