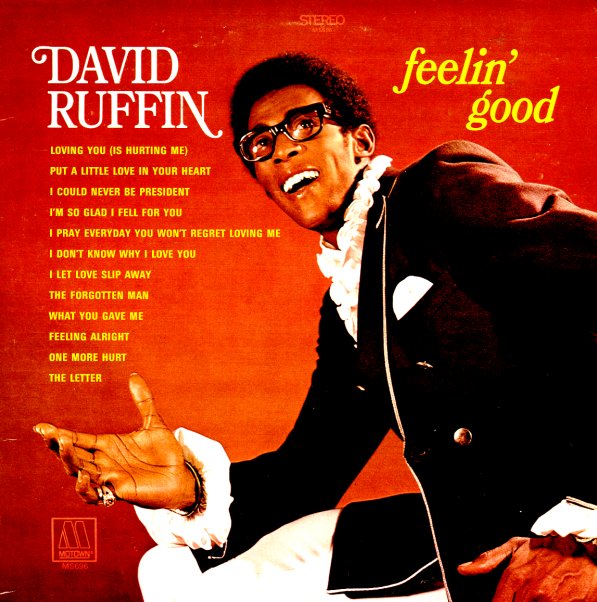 Heavenly heavenly soul from one of the best voices in the Motown stable – the mighty David Ruffin, heard here at the height of his early solo powers! David's raspy vocals sound great next to the album's sparkling arrangements – really top-shelf late 60s Motown magic from Wade Marcus, David Van Depitte, Paul Riser, and Willie Shorter – all to grace a batch of tracks that are way more personal and original than some of the other label material at the time! Ruffin's sense of power and pride comes through right away – on a great batch of tracks that include "Loving You (Is Hurting Me)", "I Pray Everyday That You Won't Regret Loving Me", "What You Gave Me", "One More Hurt", "I Let Love Slip Away", "The Forgotten Man", and "I'm So Glad I Fell For You".  © 1996-2021, Dusty Groove, Inc.
(Original stereo pressing. Cover has some wear and aging.)

So Soon We Change
Warner, 1979. Near Mint-
LP...$9.99
Warm and wonderful soul from David Ruffin – key proof that the singer could keep on going strong, long after his earlier fame at Motown! The record's got a new sense of sophistication that really breaks David into new territory – a style that's nicely different than the backings Ruffin ... LP, Vinyl record album

Me N Rock & Roll Are Here To Stay
Motown, 1974. Near Mint-
LP...$11.99
A strange title, but a great little record – and a real righteous step forward for David Ruffin! Given Ruffin's work for Motown – both as a solo act and in The Temptations – we're hardly likely to associate him with rock and roll – but we can say that the record has David ... LP, Vinyl record album