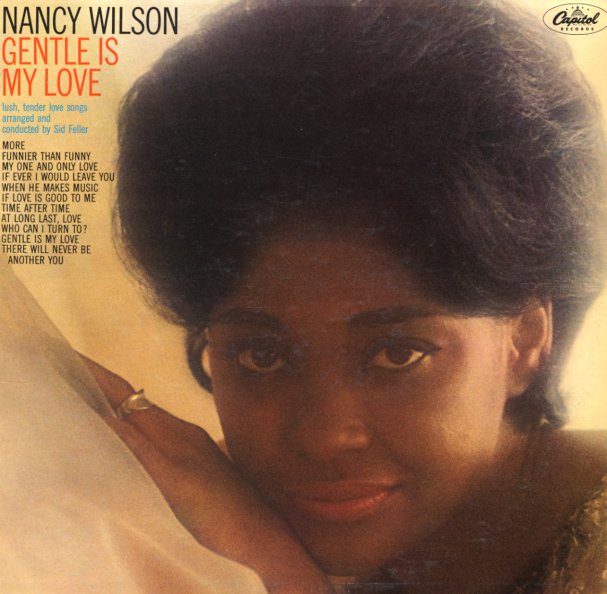 Gentle Is My Love

A bit lusher, and a bit more pop-vocal oriented than some of Nancy's other Capitol albums – this one has arrangements by Sid Feller, and a rich string-laden sound that's nicely juxtaposed against Nancy's soulful vocals. Titles include "Gentle Is My Love", "When He Makes Music", "Funnier Than Funny", "If Love Is Good To Me", and "More".  © 1996-2021, Dusty Groove, Inc.
(Stereo rainbow label pressing. Cover has light wear.)