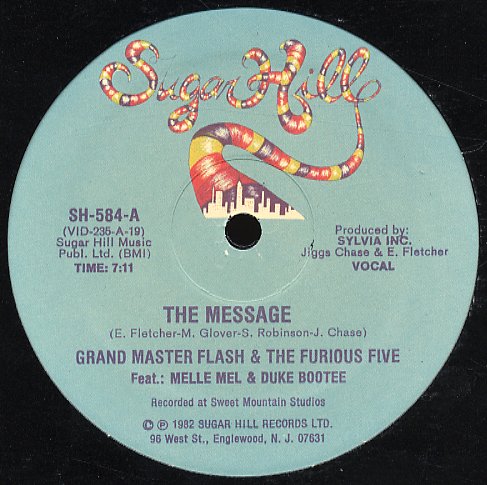 The original message rhyme, or at least the biggest one of its day, a track that would spawn a lot of imitiations, including more than a handful of followups from the Furious 5 and Melle Mel.  © 1996-2021, Dusty Groove, Inc.
(UK pressing.)

Monster Jam (voc, inst)
Sugar Hill, 1980. Very Good
12-inch...$7.99
One of the best Sequence singles, with the classic old school live-in-the-studio feel to the vocals and the early Sugar Hill backing band throughout the 8 minute track. Plus some added verses from Spoonie Gee. 12-inch, Vinyl record