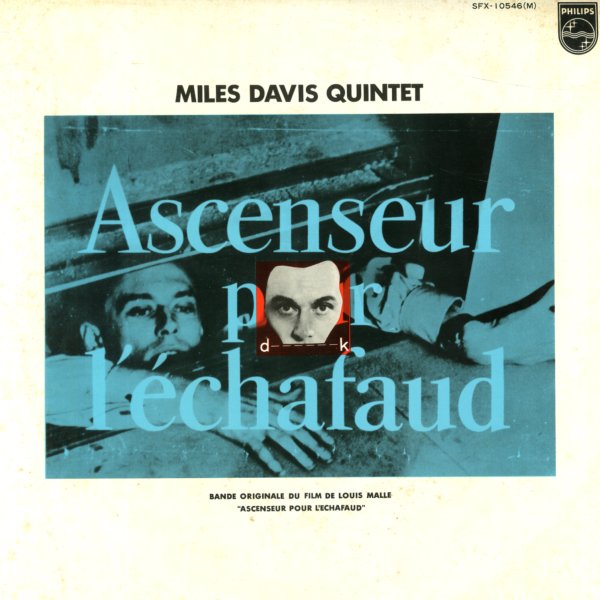 One of our favorite-ever Miles Davis albums – and a groundbreaking soundtrack that forever changed the way that jazz music was used in film! According to legend, the sounds here were recorded by Miles on a hot Paris night – late in the studio, after a live performance – in a very intimate setting that had he and the combo creating these little poetic passages along with the action in the film! In addition to sublime and moody muted trumpet from Miles – the small group also features tremendous tenor work from the great Barney Wilen – a French modernist who's at the height of his powers – and beautiful bass from Pierre Michelot, whose rich tones really frame the whole proceedings. The rest of the group features bop pianist Rene Urtreger and American drummer Kenny Clarke – but the real charm comes from the interplay between Wilen, Davis, and Michelo. Titles include "Florence Sur Les Champs-Elysees", "L'Assassinat De Carla", "Diner Au Motel", "Evasion De Julien", "Nuit Sur Les Champs-Elysees", "Le Petit Bal", "Au Bar Du Petit Bac" and "Sur L'Autoroute".  © 1996-2022, Dusty Groove, Inc.
(Japanese pressing, with insert – EVER 1016)

Someday My Prince Will Come (Original Master Recording)
Columbia/Mobile Fidelity, 1961. Sealed
LP...$109.99 129.99
The tenor sax here makes the album a standout – as John Coltrane still works with Miles Davis on 2 tracks for the record, but Blue Note stalwart Hank Mobley joins in on the rest! The approach is similar to that of the classic Coltrane/Davis years – and in a way, the record's kind of a ... LP, Vinyl record album

Doldinger Jazz Made In Germany
Philips (Germany), 1963. Very Good-
LP...$38.99
A fantastic set from the young Klaus Doldinger – hardly jazz made in Germany, as the whole thing has a smoking soul jazz quality to rival the best on Prestige Records at the time! Klaus plays tenor throughout – in a fantastic combo that features Hammond organ from the great Ingfried ... LP, Vinyl record album

Dizzy Goes Hollywood
Philips, 1963. Near Mint-
LP...$23.99
Surprisingly groovy work from Dizzy Gillespie – an album of tunes from Hollywood films, but all played with that lively Gillespie bounce of the time! Tunes are mostly short, and feature arrangements by Billy Byers – with Dizzy's trumpet in the lead, and a nicely groovy sound overall ... LP, Vinyl record album

Introducing Pete Rugolo & His Orchestra (10 inch LP)
Philips (UK), Early 50s. Very Good
LP...$14.99 24.99
Great early work from Pete Rugolo – a Kentonite who mostly recorded for Mercury, and did some great arrangements on Capitol – but who also turned in some great early work on Columbia too! The work is great – nicely dynamic and modern, but also nicely swinging – and titles ... LP, Vinyl record album