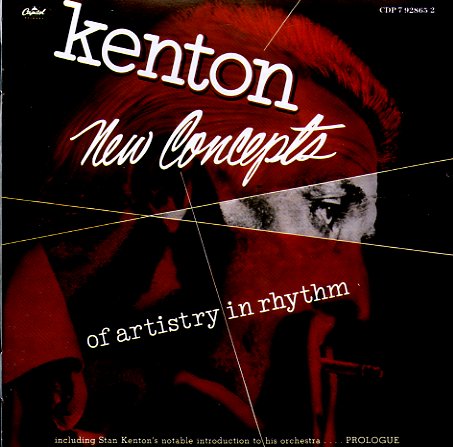 Beautiful modernist work from Kenton – one of the first albums to cull his genius together as a whole, filled with the kind of tracks that perfectly sum up his unique approach at the time! If you've ever wondered what makes Kenton so great, this is the album to begin with – as it's filled with fantastic original tunes that provide a shimmering solo showcase for work of players like Lee Konitz, Frank Rosolino, and Bill Holman. Titles include "23 N - 82 W", "Young Blood", "Improvisation", and the haunting "Invention For Guitar And Trumpet", which features Sal Salvador and a young Maynard Ferguson.  © 1996-2020, Dusty Groove, Inc.
(Purple label pressing with deep groove. Cover has partially split seams and aging on the back.)

Sophisticated Approach
Creative World, 1961. Very Good+
LP...$0.99
A great set by Stan Kenton – one that applies the dark tones of his style to a range of popular numbers that end up completely transformed! The album features some wonderful charts from arranger Lennie Niehaus – emerging here as one of the more complicated talents of the west coast ... LP, Vinyl record album